A collection of adventures from around the world

North Stradbroke island is a beautiful spit of land just off the Gold Coast in sunny Queensland, Straya. As with all names in the aussie dictionary, it’s abbreviated and subsequently known to most as Straddie. My weekend in Straddie was a huge turning point in my ‘settling in’ time in Australia cos I gotta say, I completely fell in love with the place and I haven’t looked back since. Beaches, sunshine, kangaroos, dolphins, turtles, (…and sharks), it was the perfect cliché aussie combo us Brits dream about and I couldn’t recommend the place higher for a weekend away or as an extra stop off on a trip along the east coast.

To get to Straddie you need to hop on a ferry at Cleveland which is about 30 minutes drive from Brisbane. If you’re travelling without a car and getting the bus at the other end it’s as cheap as chippies, but if you’ve got your wheels with you it’ll cost around $100+. The good thing about going in a car is you can pack it full of food and people, which will end up levelling the costs out. It also means you have free reign across the island and don’t have to rely on public transport to explore. For ferry fares and times check the official website here.

We got one of the early boats and pulled into Point Lookout at around 8am for a quick stroll along the North Gorge boardwalk before brekky, which turned out to be my favourite walk of all time! The boardwalk wraps around the sea edge for about a kilometre on the far North East side of the island and is one of Straddie’s most popular features. We had only been out the car for 2 minutes when we came across a huge family of kangaroos having breakfast on the grassy sea cliff. Being British, the novelty of kangaroos definitely hasn’t worn off yet and I absolutely LOVED watching the mammas and joeys having an early morning feast. Nature continued to show off as we worked our way around the boardwalk and spotted turtles and dolphins rolling in the surf! The water here is the bluest of blues and on a beautiful day it is such an amazing place for spotting marine life. If you come between June and November then keep your eyes peeled for humpback whales passing by too, and sometimes you can even catch a glimpse of manta rays and sharks. I’d definitely recommend doing this walk first thing in the morning to catch the roos having brekky or at the end of the day for some balmy sunset views. 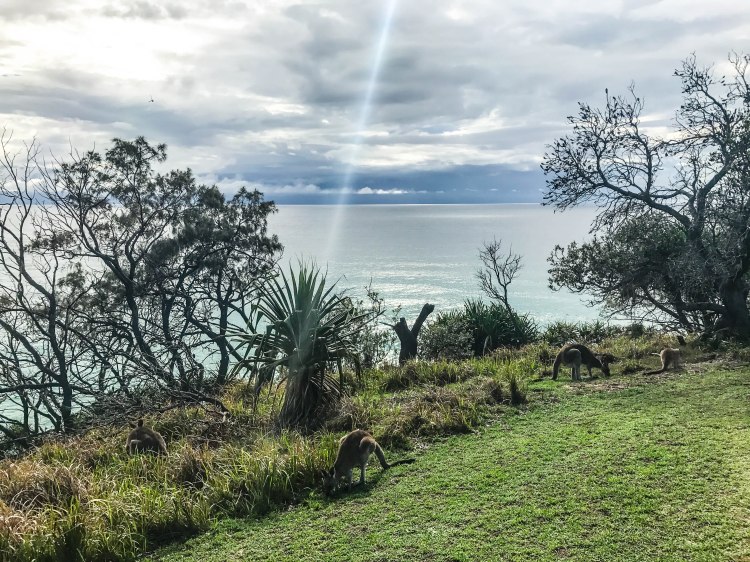 The first beach we explored on the island was Main Beach which is just east of Point lookout and right at the end of the North Gorge boardwalk. The white sand stretches on as far as the eye can see, with huge dunes running along the back of the beach. Although the water looks dreamy, the waves and currents here are pretty menacing. It’s not a bad spot for a surf, but if you’re a pansy like me and you prefer to have a relaxing float on your back without worrying about being flipped around like a rag-doll in a washing machine, you’re better off sticking to the shallow pools on the far left of the beach. Although it was a good spot on our first day, when we walked past the next day there was a huge sign that read: ‘WARNING: strong currents, dangerous rips, swarms of stingers and bluebottles, large schools of bait fish attracting sharks – not safe to swim’. I mean, could there be any more hazards in the sea? How Australian. Safe to say I was keen to find somewhere slightly less dangerous and we drove across to Cylinder Beach. 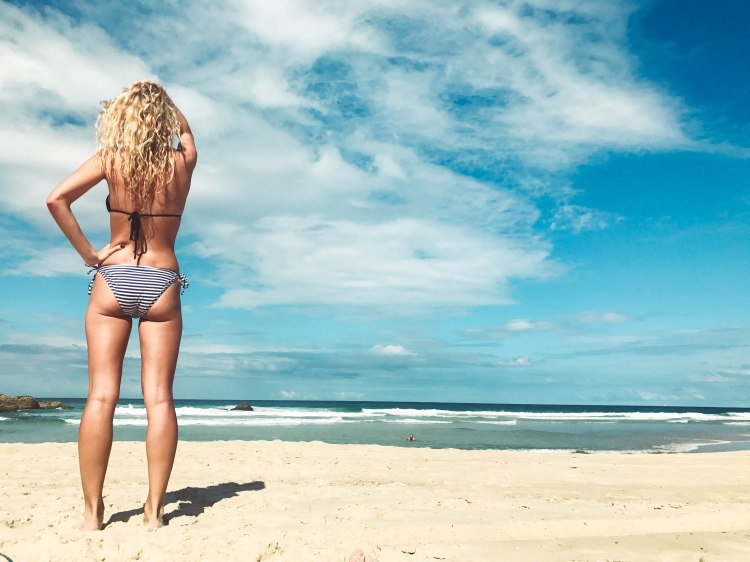 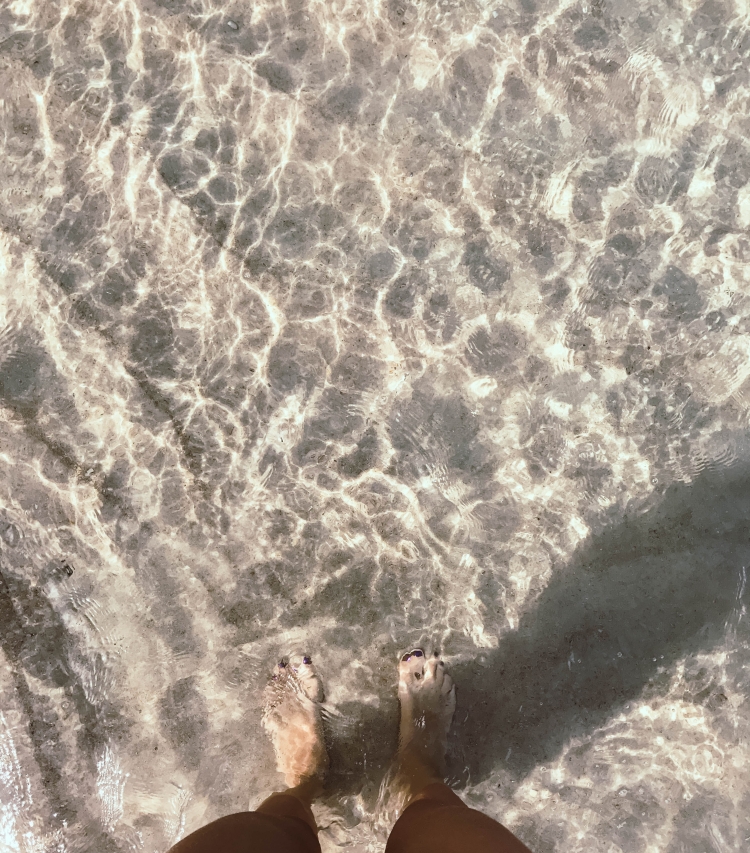 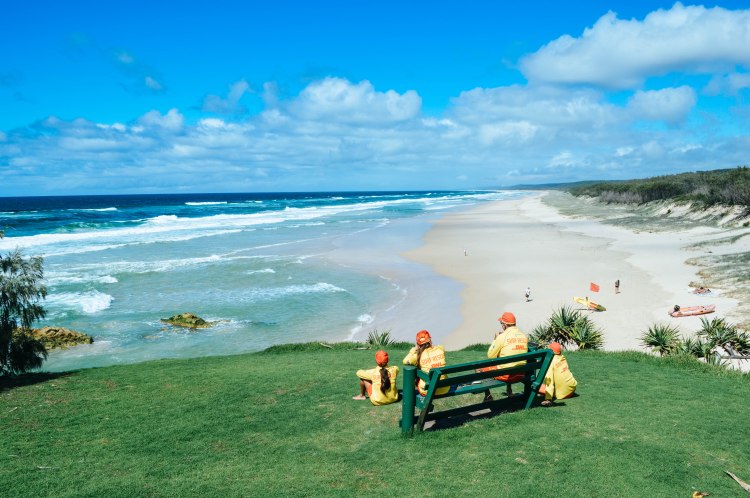 Cylinder Beach is very family friendly with calm waters, lots of lifeguards and no ridiculous warnings about sharks and stingers, so it can be pretty crowded but I loved it nonetheless. Amity Point on the other side of the island is also worth a visit if you’re in to camping, fishing and dodging thousands of soldier crabs, but the beaches definitely aren’t as pretty as those on the north east side. The sunsets here are epic though and dolphins (and sharks) are frequent visitors. 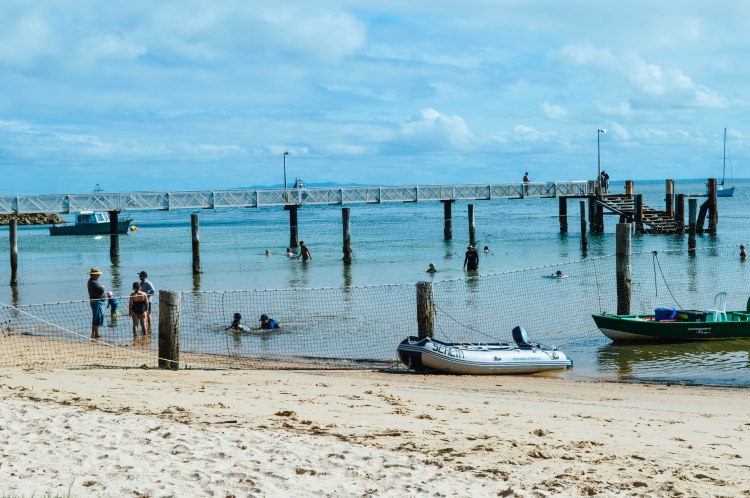 My favourite food spot on the island was without doubt Blue Room at Point Lookout. The feeds there are as delicious as they are beautiful, the brekky is an absolute must and I would strongly recommend trying out their freshly baked selection by the till (especially if they’ve made brownies). They also have an organic store at the back which is great for fruit and veggies if you’re staying in a self catered joint. Stradbroke Island Beach Hotel, which is just up the hill from Cylinder Beach, is a great spot for a drink and if you’re very lucky you can spot whales breaching from the bar. Last and by no means least for my snack recommendations on Straddie is the glorious ice cream parlour by Point Lookout: Oceanic Gelati. There are heaps of places to stay on Straddie and Air b&b is always worth a look to find some goodies here. We stayed in one of the Point Lookout Beach Resort homes through Discover Stradbroke which was perfect for a long weekend and I’d be happy to stay there again next time I go. 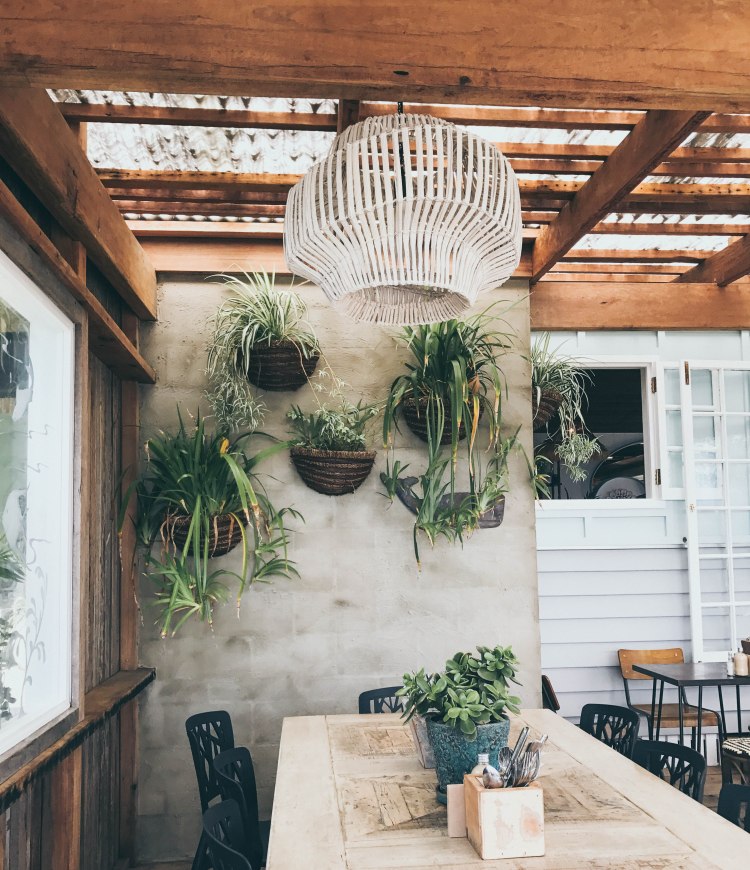 If beaching, drinking and eating isn’t your raison d’être, then the following would be worth a look while you’re there:

Surf the sand dunes or try out a sunset SUP sesh

Camping and fishing at Amity Point (although if you’re like me and you struggle with the idea of sleeping on the ground, you’d be better off checking out a snazzier eco-shack option like this) 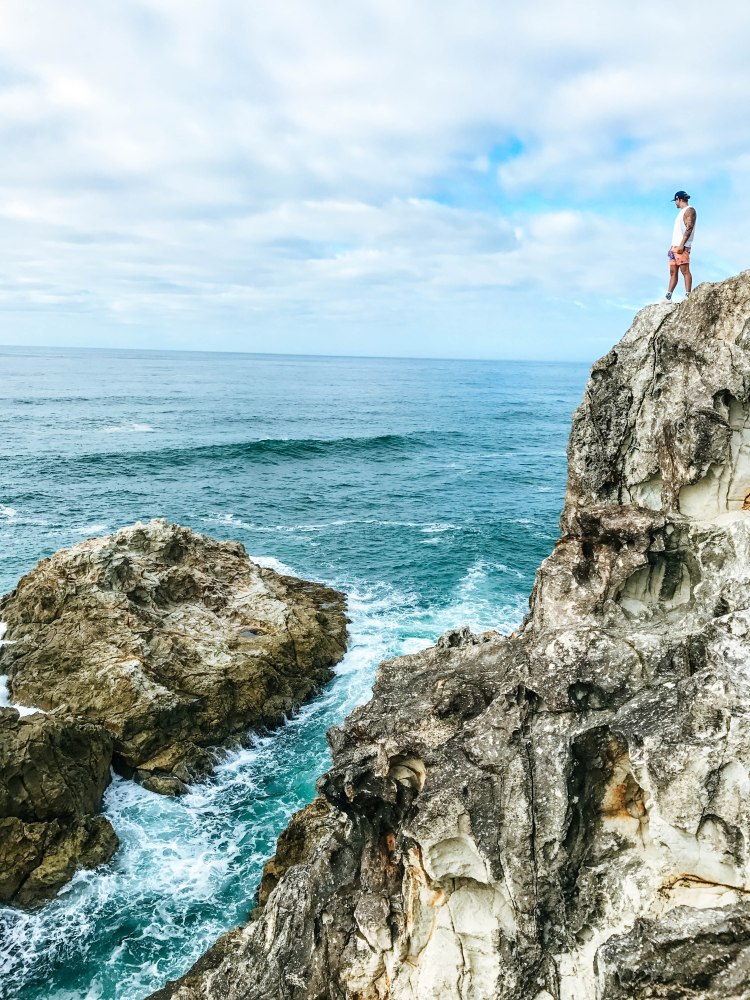 3 thoughts on “A Long Weekend in Straddie”

• after a rough couple of weeks this little getaway to the hinterland was the dreamiest escape 💫 feeling rested, healed and mega grateful that we were able to sneak the last few days in before lockdown at home kicks in 💛
• isolation goals 🙌🏼💫
• we love love! what a day celebrating the gorgeous mr + mrs fairclough @nicolebrugman @pigvibesonly 🐷💛 and so good having one last hoorah with all these legends before the lockdown kicks in 👯‍♀️👋🏼
• golden mornings with pooch 🌞
• working from home... some people love it (hello) but it's not for everyone, especially when it is forced upon you as part of a self isolation or quarantine rule. ⠀⠀⠀⠀⠀⠀⠀⠀⠀ A little while ago I put a blog post together on "How to stay productive and happy while working from home" - a post that was relevant to my stay at home entrepreneur and freelance friends, but now it seems relevant to just about everyone, so I thought I would give it a share in the hopes that it helps you all to stay a little more sane in this bizarre current climate. ⠀⠀⠀⠀⠀⠀⠀⠀⠀ The link to the post is in my bio. If you're looking for any extra advice on your working from home worries, then get in touch - I've been doing it for 3 years now so you could say I'm well seasoned at this whole self isolation vibe 🙃. ⠀⠀⠀⠀⠀⠀⠀⠀⠀ Stay positive ✌🏽
• social distancing by the sea with these two happy little souls ain’t so bad 🙌🏼
• it seems as though life is throwing a lot of unexpected curveballs in our direction so far this year, and with all the devastation unfolding in other parts of the world over the last few months I know that we're not the only ones that are experiencing tough times. A few things that are helping us along the way that I'm sure can be applied to any difficult situation... surround yourself with loved ones, stay positive and practice gratitude daily, be kind to yourself, find the silver linings, trust in the timing of the universe and remember that everything happens for a reason. 💛💫
• 25 days and counting until the next vacay 🌞🌴🌺🐬
• today was one of those mondays where I reeeeally really love freelancing 🙌🏼 Morning pooch walks by the beach, brekkie meetings at our local @nextdoorespresso , punching out my goals + plans for March, working with my beautiful friend @kirstennielsenyoga to build a new website for the business of her dreams @shaka.shakti + the rest of the afternoon spent soaking up the good stuff 🌞 and swimming in the ocean with hubs 💫🙏🏼